The Corporate Affairs Commission (CAC) has been described as a point of excellence in service delivery as the Bureau of Public Service Reforms (BPSR) deploys self-assessment tool (SAT) for the agency. 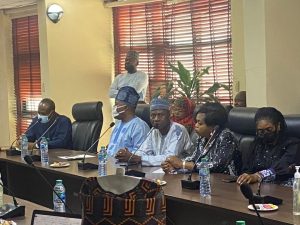 The Director-General BPSR Dasuki Ibrahim Arabi who stated this during the SAT deployment added that the World Bank had during a recent engagement with the BPSR validated CAC’s position as a star performer amongst service organizations in the country. 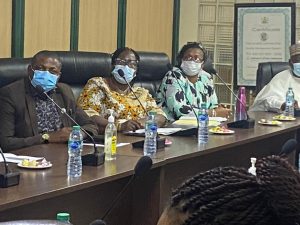 Arabi highlighted the benefits attached to the SAT and recalled Federal Government’s earlier approval for its deployment in all Ministries, Departments and Agencies (MDAs) as well as the directive to report the level of compliance to the government on quarterly basis. 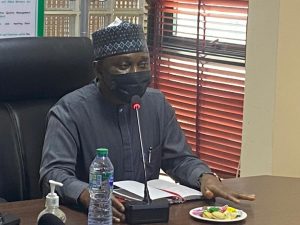 He revealed that in addition to the CAC Abuja office other CAC offices in Kano, Enugu and Lagos would benefit from the exercise which brings out assessment result by the end of the 1st Quarter,2022.

The BPSR DG further stated that the SAT had so far been deployed in no less than 11 other sister Government agencies some of which at the end of the assessment would be rewarded with either Platinum, Gold, Silver or Bronze medals depending on their performance.

He used the forum to applaud the reform initiatives of the Alhaji Garba Abubakar led CAC and therefore enjoined the Management and Staff of the Commission to continue to support his laudable initiatives for the overall growth of the economy. 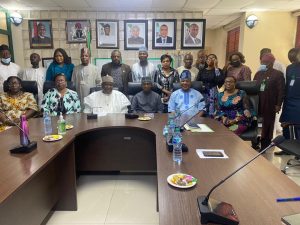 Responding, the CAC Registrar General/CEO, Alhaji Garba Abubakar said the Commission’s resolve to submit itself for the assessment was borne out of the desire to ensure continued improvement in its services.
Garba Abubakar said the CAC will leverage on the SAT to enhance its performance despite the deployment of both internal and external Quality Management Systems that earned it the NIS ISO 9001: 2015 Certification by Standards Organization of Nigeria (SON).

He revealed that in a bid to further enhance its processes, the CAC had begun the process of obtaining another SON certification in the area of Information Security Management System and therefore restated his commitment towards ensuring continued improvement of CAC services to enable it operate at par with its global peers.