Qatar Executive Announces Record Year Reflected by a Growth in Fleet, Increase for Departures and Arrivals and Sustainable Advancement

Qatar Executive’s FBO, located at Doha International Airport (DIA), saw a record-first YOY increase of 595 per cent for arrivals and 574 per cent for departures between November and December in 2022. Between 18-19 December, after the FIFA World Cup Qatar™ Final, 296 jets departed from DIA. 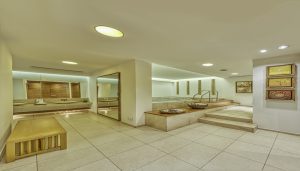 In the lead up to the first FIFA World Cup™ in the Middle East, QE renovated the existing terminal in Doha, revitalising the FBO and thus offering customers a seamless journey both on the ground and on-board. This included upgrading their F&B and baggage handling services, training additional staff members and renovating on-site facilities. Qatar Executive also deployed the latest Wi-Fi and streaming capabilities both within the terminal and onboard their fleet, providing football fans great connectivity to stream the World Cup matches uninterrupted.

In addition, Qatar Executive added 3 more Gulfstream G650ER, with the aircraft type making up 15 of their 19 strong fleet resulting in a 25 per cent growth. This makes QE the world’s largest owner and single commercial operator of the G650ER. The Gulfstream G650ER features a state-of-the-art BR725 Rolls-Royce engine, is able to fly at record-breaking speed and range with outstanding fuel efficiency and capable of operating using 100 per cent sustainable aviation fuel (SAF), promoting sustainable business aviation. Moreover, QE now offers two A319, one if which is set up with a VIP ambulance layout, the other with a VIP passenger layout. 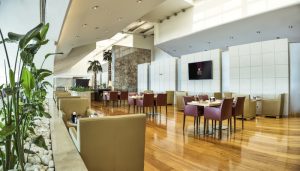 The Qatar Executive FBO service at Doha International Airport is available for private charter arrivals and departures at any time offering the below services: