The Head of Civil Service of the Federation, Mrs Winifred Oyo-Ita has advised civil servant to embrace farming business to augment their salaries.

She said this in an interview with the News Agency of Nigeria (NAN) at the sideline of the ongoing 40th National Council on Establishment meeting in Owerri, Imo state on Friday.

She explained that civil servants were not allowed to have another job outside their regular work but can engage in farming business to sustain their families due to their low salaries. 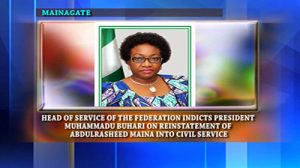 “Civil Servants can identify area in agriculture that they are interested in and start farming to augment their salary, looking at the low salary level and all that.

“However, President Muhammadu Buhari has approved the presidential committee on minimum wage.

“So we expect that the committee will come up with positive recommendation that will enhance the salary of civil servants.”

According to Oyo-Ita civil service is the engine room of all government policies and programmes as it brings about unity in the country.

She noted that, no matter the crisis a country was faced with the civil servants keep working, citing an example of the civil war era where all institutions collapsed except the civil service.

“Our political leaders can come up with noble policies but it is the civil service that will bring those policies and programmed into realisation for the masses to assess the government of the day.” 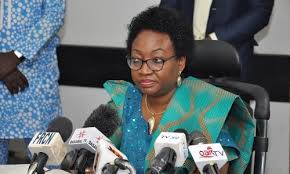 Commenting on the issues of secretaries in the civil service not exceeding level 14 in their career, Oyo-Ita said that was the rule.

She explained that secretaries who were employed on the cadre of confidential secretaries would not be automatically upgraded even if they acquire more qualifications except they apply.

“As a confidential secretary, you acquire more degrees and qualifications in the course of your job, you are expected to apply for a change of cadre.

“If you are desirous to improve your exit point from the service, you should apply for change of cadre to the administrative after improving yourself.

“But don’t expect that because you have a PHD and you are still a confidential secretary you will automatically be upgraded.”

She however urged civil servants to be resilient in carrying out their duties for the growth of the nation.(NAN)