The Office of the Head of the Civil Service of the Federation has concluded the training of 108 intending Federal retirees billed to retire in 2018/2019 respectively, on ways to invest their savings wisely on agricultural businesses.

The one week training programme which was put together by the Service Welfare Office, Office of the Head of the Civil Service of the Federation, was held at the Public Service Institute of Nigeria (PSIN), Kubwa Express Way, Abuja.

The training was organised to equip, empower and prepare intending retirees for life after service. Participants were trained on various agricultural businesses to provide an alternative stream of income for them at the tail end of their career, as they transit from active service. 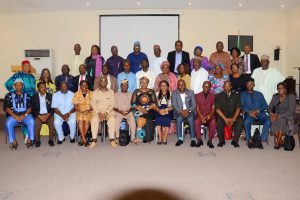 The Permanent Secretary, Service Welfare Office, Mrs Didi Walson-Jack, in her address during training, urged participants to take the trainings with all seriousness, stressing that the knowledge gained can aid them build business ventures that would serve as alternate source of income after retirement.

She said as part of efforts at improving the welfare of Government Employees, the Federal Government has taken serious steps to develop a system that will take care of well-being of employee’s right from their entry into the service, to exit and beyond .

The system, she said, is expected to guarantee the welfare of employees at every stage of their career and bring about an all-round development of the workforce resulting in improved health of employees, job satisfaction, workers personal safety, improved industrial relations, increase in general efficiency of the workforce and ultimately, national economic development.

She added that in order to achieve its present task a number of initiatives have been approved by the Head of Civil Service, and key amongst these is the Federal Civil Service Exit Management Programme, targeted at helping to prepare prospective Federal Government employees for life after service.

The Permanent Secretary stated that several countries of the world put in place a well-planned transition retirement programme to allow prospective retirees take up part-time jobs as alternative sources of income, few years before retirement, noted government employees in Nigeria are not allowed to take-up any form of part time jobs but the 1999 constitution (as amended) allows us to engage in farming while still in service.

Mrs. Walson-Jack further said the successful implementation of the pre-retirement training programme in the mainstream Federal Civil Service would soon be cascaded into all parts of the Federal Public Service.

One of the participants and prospective retiree, Mr. Olowokere Samuel, a Director in the Ministry of Labour and Employment, said the training has “opened up eyes” to the reality that life after retirement is not a death sentence.

“With the knowledge we have acquired, we can still go into the world to use our hands and our energy to survive and not rely basically on our pension money,” he added.

As part of activities to keep the participants abreast with various agricultural  business, they were taken on a farm inspection to Rayuwa Farms in Jankawa Village, Nasarawa State, to have a feel of how to run an integrated farm.