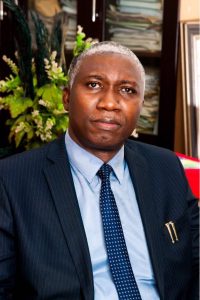 The Nigeria Agricultural Quarantine Service (NAQS) is working hard to end  the European Union’s three-year ban on some Nigeria’s produce before the end of 2018.

Dr Vincent Isegbe, the Coordinating Director, NAQS, dropped the hint in Abuja in an interview with the News Agency of Nigeria (NAN).

Isegbe said the service and other relevant government agencies were seriously working to prevail on EU to lift the ban as soon as possible.

NAN recalls that the EU in June 2015 suspended some of Nigeria’s food items like beans, sesame seeds, melon seeds, fried fish, meat, and peanut chips amongst others from entering European countries till June 2016.

The EU, however, extended the ban to three years in 2016.

The development took place when two containers of Nigerian goods not yet cleared were intercepted during the suspension.

According to the European Food Safety Authority, the rejected beans were found to contain between 0.03mg per kilogramme to 4.6mg/kg of dichlorvos pesticide.

The acceptable maximum residue limit is 0.01mg/kg and the excess chemical in the products was said to be harmful to health.

Isegbe said NAQS has engaged various stakeholders, suppliers, producers and exporters on how to unban the country’s agricultural produce in the international markets.

‘‘We had a meeting with forwarding and clearing agents in Lagos last month during which we involved critical stakeholders along the value chain to make them see reason that we have to collaborate.

‘‘If the quarantine does its certification and other value chain have to collaborate to give good result; we believe that any mistake is a collective failure.

‘‘These are the linkage we are trying to strengthen to ensure everything is put in perfect place.

‘‘We are working hard and our desire and hope is that at the shortest possible time we will be able to have sufficient things in place.

‘‘The EU is monitoring and watching what we are doing and we will approach them to lift the ban,’’ he said.

He added that NAQS would soon conclude with the Nigerian Shippers’ Council on the inspection of containers.

He explained that no matter the number of times the commodities were inspected, if the container was infected it will definitely contaminate the produce.

According to him, these are the small things we need to sort out and we will plug in any critical hole we identify and then strengthen the system to ensure that we do exactly what we are suppose to do.

‘‘To avoid any occurrence in the future, we have formed associations like exporters, suppliers and growers’ associations which has registered members and each association has self regulatory powers.

‘‘Even before their produce gets to us, they regulate themselves to avoid spoiling their business and it reduces our activities and enables us to reach out to other critical areas.

‘‘Only registered sub-suppliers can supply to suppliers.

‘‘If you are not a registered exporter, quarantine will not approve your commodity for export and each of those steps has rules and regulations that must be obeyed.

‘‘So that before the commodity comes to us, it must be perfect and all we need to do is final inspection and certification and do backward investigation by checking periodically all the value chain.

‘‘If there is any commodity with challenges, we know how to handle it,’’ he said.

NAN reports that the three-year ban will expire in 2019 but quarantine is working hard to ensure the ban is lifted soonest.(NAN)