The National Emergency Management Agency (NEMA) has responded to the recent fire disaster in Nguru Central Market, Yobe State with delivery of relief items to assist 149 affected traders in the rebuilding of their burnt shops. 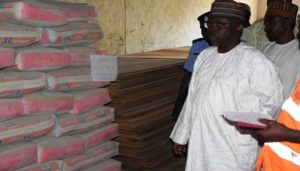 Director General of NEMA Engr Mustapha Maihaja said the items would be distributed directly to affected victims by the team of the agency together with market committee members.

He sympathized with the traders on behalf of the Federal Government. He said the items were provided as palliative measures.

Engr. Maihaja also inspected the damages in the burnt market after which he emphasized the need for more caution against fire disaster especially during this dry season. 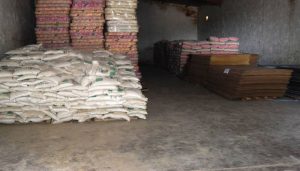 It will recall that the following the market fire incident that occured on Saturday 11th November 2017, a team of NEMA staff were deployed same day in assessing the damages for the relief intervention.