The Federal Cappital Territory Administration (FCTA) has finally removed illegal structures along the Abuja –Nyanya, Jikwoyi- Karshi road; to pave way for free flow of traffic in the area.

The illegal structures were earlier marked by the Ministerial Taskforce on the decongestion on the road ,for encroachment on the road corridor,leading to serious gridlocks experienced on the axis.

The Chairman of the Taskforce, Rtd Major General Emmanuel .T. Nienge disclosed that the exercise is aimed at achieving seamless human and vehicular movement along the road,as well as ensuring safety of lives and property, which could be lost due to any accident. 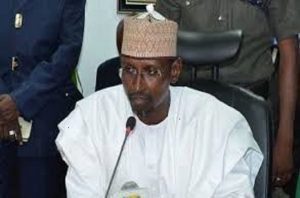 He also reiterated that due to the extension of the mandate of the Taskforce for three months for the completion of the operation on this route by the FCT Minister,Mallam Muhammed Musa Bello,the Team would sustain patrol of the area to ensure that such illegal structiures do not spring up again while ensuring that sanity is fully restored on the road corridors.

Owners of affected shops were urged to relocate to Nyanya and Karu markets.Inaddoition, the public is hereby advised to get approval from relevant Agencies before erecting any structure to avoid demolition.While, yam traders opposite the Nyanya Market were told to desist from such attitudes,because anyone caught would be made to face the full weight of the law.

The Ministerial Taskforce was inaugurated on the 26th April,2017 .