The Chairman of the Niger Delta Development Commission (NDDC), Distinguished Senator Victor Ndoma-Egba has urged Muslims in the country to embrace the virtues of forgiveness and common understanding as they join counterparts across the world to celebrate the end of the Ramadan fasting season.

The NDDC Chairman in a statement signed by his Special Assistant, Communications, Clara Braide, noted that one of the basic components of the Ramadan fast is to seek God’s mercies on our sins, and thus it becomes imperative for us as humans to extend the grace of forgiveness and common understanding to one another as well. 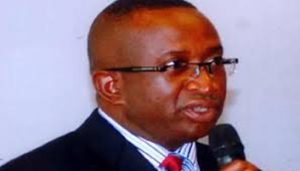 According to the statement, “being good Muslims requires that we follow the examples of Prophet Muhammed (SAW), who was always quick to forgive those that transgressed against him and lived a life of building common understanding among people.”

The statement added that at a time such as now when Nigeria is at the threshold of another new beginning, it is important that all hands are on deck and old gaps are closed in order to support the current political leadership to emerge victorious in the upcoming 2019 elections.

While congratulating every Muslim for the successful completion of the Ramadan fasting season, Ndoma-Egba noted that it was a season of abundant grace from God Almighty for the forgiveness of our sins.