Less than fifty illegal structures, mostly shanties were demolished in a squatter settlement along the Idu Tran Station corridor in Paipei Community. 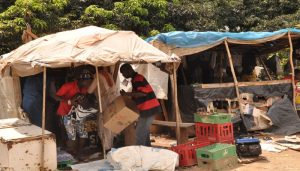 Reacting to a report in a section of the media, claiming demolition of about 500 buildings demolished in Paipei,Abuja rendering tens of residents homeless and high figure of displaced people, the Director, Development Control ,AMMC ,Tpl Muktar Galadima confirmed that the figure was less than fifty and not 500 shanties removed .

Tpl Galadima further stated that in furtherance to sanitize FCT ,the staff of Development Control, AMMC carried a demolition exercise in the area after three months dialogue and sensitization.

Accordingly to him due process was followed in removing the said structures, after they were properly identified and marked. In his words : “About three months ago, we visited the squatter settlement where we agreed with the inhabitants and we all agreed that such structures will be demolished. We gave them enough time to vacate such structures .We carry out our exercise with human face.” 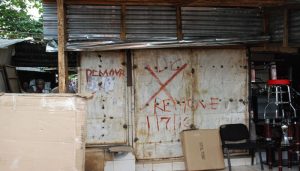